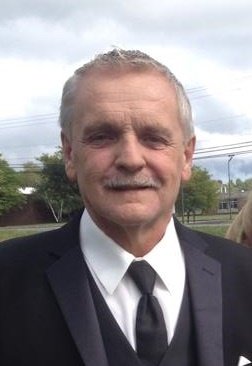 David W. Simmons, 65, of Fulton, passed away unexpectedly Tuesday, October 15, 2019. He was born in Oneida to Lewis G. and Dawn Harrington Simmons. David was employed for over 30 years at Lockheed Martin where he retired from as a maintenance supervisor in 2011. He enjoyed fishing, was a fan of Elvis Presley and his most famous trait was his stubbornness.

Calling hours will be held from 4 to 6 p.m. Thursday, October 17, 2019 with a service to follow at Brown Funeral Home, 21 Flood Drive in Fulton. Graveside services are 10 a.m. Saturday, October 19, 2019 in St. Mary’s Cemetery, South Seventh Street, Fulton. Contributions may be made to the American Diabetes Association at donations.diabetes.org.

Share Your Memory of
David
Upload Your Memory View All Memories
Be the first to upload a memory!
Share A Memory