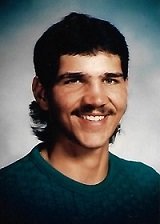 Obituary of Thomas A. Lehtonen

Thomas A. Lehtonen, 48, of Palermo, passed away Monday at home. He was born in Oswego to Carl and Barbara Nutting Lehtonen and was a graduate of Mexico Academy Central Schools where he was a member of their wrestling team. Tom also completed the machinist program Oswego County B.O.C.E.S. in 1989. He was employed by D & D Lumber in Central Square and had an appreciation for working with wood. Tom enjoyed spending his free time outdoors as he was an avid hunter and fisherman.

Calling hours will be held from 6 to 8 p.m. Friday, May 17, 2019 at Brown Funeral Home, 21 Flood Drive in Fulton. To leave a message of sympathy for the Lehtonen family, please visit www.brownfuneralhomefulton.com

Share Your Memory of
Thomas
Upload Your Memory View All Memories
Be the first to upload a memory!
Share A Memory