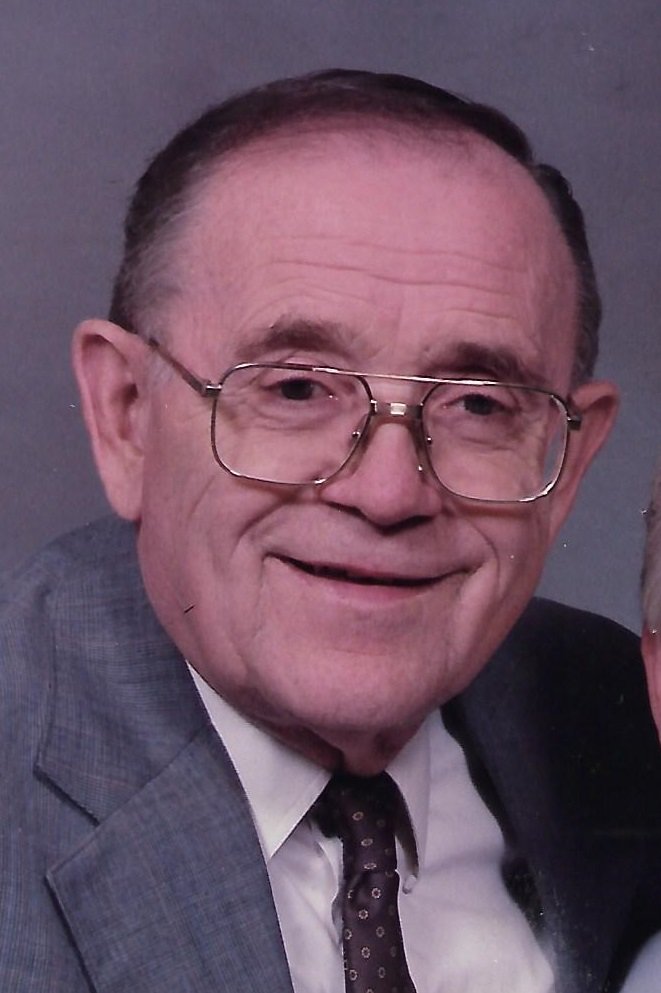 Get Directions
Wednesday
1
May

Grove “Bud” Seymour, 93, of Fulton, passed away peacefully Wednesday evening at University Hospital due to complications from COPD. Bud was born December 29, 1925 in Fulton to Grove and Doris Devendorf Seymour. During his senior year of high school Bud enlisted in the U.S. Navy in October of 1943. Bud was assigned to the USS Gherardi DD 637 which was engaged in several battles including Normandy, Sicily and traveled through the Panama Canal to engage the enemy in the Pacific Theatre of Operations. The USS Gherardi performed “picket duty” near Okinawa where they would shoot down Kamikaze fighter planes. The USS Gherardi was stationed alongside the USS Missouri where Bud witnessed the surrender of Japan. He was honorably discharged on April 22, 1945 and returned home where he studied through a correspondence school to received his high school equivalency diploma. On July, 31, 1948, Bud married Mary Anne LaPointe and soon thereafter built his home on Morin Drive. Bud was well known in the area as a skilled carpenter his career included building homes locally and as a finish carpenter for Morin Brothers. He was proud of his service with the U.S Navy during World War II and was a member of the Tin Can Sailors Association. Bud was a long standing member of the First Baptist Church of Fulton which transitioned into the First United Church of Fulton.

Funeral services will be held at 11 a.m., Wednesday, May 1, 2019 at the First United Church of Fulton. Burial with military honors will be in Mount Adnah Cemetery. Contributions in memory of Mr. Seymour may be made to the First United Church of Fulton, 33 South Third St., Fulton, NY 13069. To leave a message of sympathy for the Seymour family, please visit www.brownfuneralhomefulton.com

Share Your Memory of
Grove
Upload Your Memory View All Memories
Be the first to upload a memory!
Share A Memory