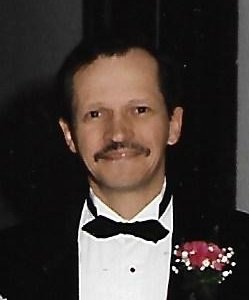 Edward C. Stone, 74, of Oswego, passed away at his home on Monday, March 18, 2019. He was born in Oswego to Carlton “Gene” and Margaret Stone and was a graduate of Oswego Catholic High School in 1963. Upon graduation from high school, Ed enlisted in the U.S. Navy and served four years until his honorable discharge in 1967. Ed continued to serve his country in the U.S. Naval Reserve until 1969. He was employed for several years as a sheet metal fabricator with Fulton Sheet Metal. Edward enjoyed bowling, hunting and had a passion for hiking in the Adirondacks. Ed climbed all 46 of the high peaks and was member #2364 of the ADK 46-R Mountain Club.

He is survived by his daughter, Stephanie (Brandon) Forsythe of Mexico; his mother and step-father, Margaret and John Grela of Oswego; his siblings, Thomas (Sharon) Stone of Martville, Stephen (Nancy) Grela of Harleysville, PA and Ann Marie (Brian) Sawyer of Oswego; three grandchildren, Tyler (Morgan) Kennedy, Ashley (Michael) Barry and Trevor Forsythe; two great grandchildren, Toren and Roxy Kennedy; an uncle, several aunts, nieces and nephews. He was predeceased by his father, Carlton “Gene” Stone in 1953.

Share Your Memory of
Edward
Upload Your Memory View All Memories
Be the first to upload a memory!
Share A Memory