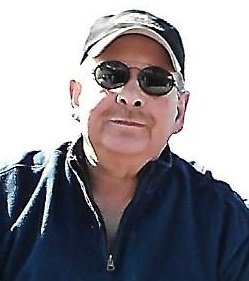 Graveside Services will be held in the Spring at St. Mary's Cemetery, Fulton.

May be made to the American Cancer Society at donate3.cancer.org

James M. Simon, 71, of Oswego, formerly of Fulton, passed away Sunday evening at Seneca Hill Manor with his sister by his side. He was born in Fulton to Joseph and Frances Simon and was a graduate of Fulton High School in 1965. Jim resided in Lake Tahoe, Nevada for several years where he was employed as a ranger at the Hyatt Regency Resort golf course and as a professional photographer.

He is survived by his children, Michele Wright of Utah and Matthew (Jieli) Simon of Nevada; his sister, Jo Anne Scanlon of Fulton and by his grandchildren, Phillips, Brady and Atticus.

Graveside services will be held in the spring at St. Mary’s Cemetery. Contributions may be made to the American Cancer Society at donate3.cancer.org in memory of Jim.

Share Your Memory of
James
Upload Your Memory View All Memories
Be the first to upload a memory!
Share A Memory