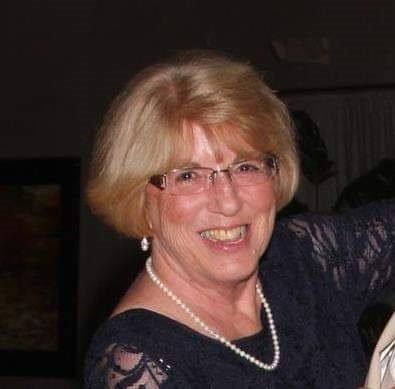 Sheryl M. Knight, 72, of Fulton, passed away Wednesday evening at Crouse Hospital with her family by her side. She was born in Fulton to Clare and Genevieve Scott and attended Fulton High School graduating in 1964. Sheryl continued her education and was a graduate of Rochester Business Institute in 1964. Her career began as a sales representative for the Oswego Valley News and then as an office manager of Village Green Apartments in Baldwinsville. She also dedicated her time as a bookkeeper with Discount Liquors in Fulton. She was a parishioner of Holy Trinity Catholic Church in Fulton and in her leisure time, Sheryl enjoyed painting, crafts and spending time with her grandchildren.

She is survived by her two sons, James Peter (Rebecca) Knight of Fulton and Scott (Billie Jo) Knight of Hannibal; her brother, Paul (Shirley) Scott of Oxnard, CA; her sister-in-law, JoAnn (Steve) Bomeisl of Albany; five grandchildren, Alison, Morgan, Sydney, Bryce and Mia Knight; her lifelong friends, Cheryl Miller and Louella Griswold LeClair as well as several nieces and nephews. In addition to her parents, she was predeceased by her brothers, Alan Peter Scott, Phillip Scott and by her loving partner, Samuel Puglia.

Calling hours will be held from 1 to 4 p.m. Sunday, February 24, 2019 at Brown Funeral Home, 21 Flood Drive in Fulton. A Mass of Christian Burial will be celebrated at 9:30 a.m., Monday, February 25, 2019 in Holy Trinity Catholic Church, 309 Buffalo St., Fulton. Immediately following her Mass, family and friends are invited to attend a reception in Sheryl’s honor at the Fulton Elk’s Lodge, 57 Pierce Drive in Fulton. To leave a message of sympathy for the Knight family, please visit www.brownfuneralhomefulton.com

Share Your Memory of
Sheryl
Upload Your Memory View All Memories
Be the first to upload a memory!
Share A Memory