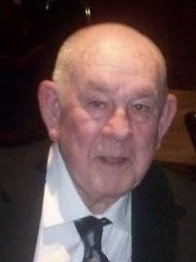 Paul Jacob Wise, 82, of Fulton, passed away Thursday morning at home with his loving family by his side. He was born in Volney, a son to Duane and Ellen Boigel Wise. Paul was a salesman for several years with Neal & O’Brien Lumber Company and with Northern Ready Mix until his retirement in 2001. He served on the Town of Volney Zoning Board for six years. Early spring was one of Paul’s favorite times of the year when he would make plans for his garden.

Graveside services will be held at 1 p.m., Saturday, June 8, 2019 at St. Mary's Cemetery in Fulton. Funeral services were held Tuesday, February 5, 2019 in Holy Trinity Church, 309 Buffalo Street, Fulton. Calling hours were 4 to 7 p.m., Monday, February 4, 2019 at Brown Funeral Home, 21 Flood Drive in Fulton. Contributions be made to Hospice of Central New York, 990 Seventh North St., Liverpool, NY 13088 or to the National Kidney Foundation at www.kidney.org in memory of Paul. To leave a message of sympathy for the Wise family, please visit www.brownfuneralhomefulton.com

Share Your Memory of
Paul
Upload Your Memory View All Memories
Be the first to upload a memory!
Share A Memory