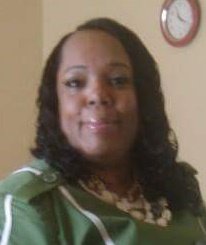 Modiestine Clark, 58, of Fulton, joined her Lord and Savior Jesus Christ on Sunday, August 26, 2018. She was born and raised in Elizabeth, New Jersey, one of seven children of the late, Beattie Edward and Caroline Clark. Modiestine was proud to have recently received her High School Diploma from Stanford Institute. She was always known for helping others, whether as a nurse’s aide, home health aide or volunteering at her children’s school. Modiestine was a God loving, God fearing woman who enjoyed reading her bible and quoting favorite scripture versus. She was a fantastic cook, enjoyed spending time with her grandchildren, dancing and living life to the fullest.

Funeral services will be held at 1 p.m., Friday, September 14, 2018 at Brown Funeral Home, 21 Flood Drive, Fulton. Burial will be in Mount Adnah Cemetery. The family will receive friends from 11 a.m. until 1 p.m. at the funeral home on Friday before the service. Contributions in memory of Mrs. Clark may be made to the American Cancer Society at donate3.cancer.org.

Share Your Memory of
Modiestine
Upload Your Memory View All Memories
Be the first to upload a memory!
Share A Memory