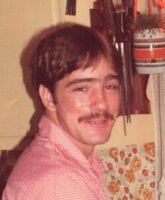 Earl Joseph Fahsel III, 61, of Oswego, formerly of Volney, passed away Wednesday, June 29, 2022. He was born October 17, 1960 in Syracuse to Iris and Earl J. Fahsel, Jr. and attended Mexico Academy where he excelled in wrestling. Earl served in the U.S. Navy from 1980 until his Honorable Discharge in 1982. He is survived by his sisters, Theresa “Terri” (Ernie) Henderson of Volney, Debra (Ray) Caprin of Fulton, Ronda Bennett of Pennsylvania and Sherri Bracy of Florida as well as several nieces, nephews, great nieces and great nephews. In addition to his parents, Earl was predeceased by his brothers, Mike Fahsel and Ronnie Jayne. A calling hour will be held from 1 to 2 p.m., Saturday, July 2, 2022 with services to follow at Brown Funeral Home, 21 Flood Drive in Fulton. Burial will be in North Volney Cemetery. Condolences for Earl’s family may be left at www.brownfuneralhomefulton.com