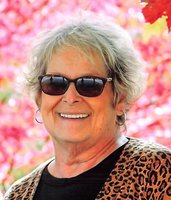 Brenda E. Bailey, 71, of Fulton, passed away peacefully at home Monday, January 25, 2021 with her family by her side. She was born April 18, 1949 in Oswego to Leslie and Pauline Cummins. Brenda attended the Campus School in Oswego and was a graduate of Hannibal High School in 1967. She was a graduate of the Continental School of Beauty Culture and was a self-employed Licensed Cosmetologist for over 50 years. She practiced hairdressing at Mr. Frank’s, Stella’s and most recently at Carla’s Hair Fashion. Brenda enjoyed camping with her family at Brennan’s Beach and supporting her son. Jeremy as he raced at the local DIRT tracks and spending time with her grandchildren. Brenda will always be remembered as a loving mother, wife, grandmother and a loyal friend to all who knew her. She is survived by her husband of 35 years, Barry Bailey; two sons, Jeremy (Heather) Pitcher of Fulton and Shannon (Deneen) Pitcher of Volney; her former daughter-in-law, Jennifer Stoughtenger Pitcher of Fulton; two sisters, Dawn (Jonnie) Brooks of South Burlington, VT and Kathy (Bob) Burghart of Oswego; two sisters-in-law, Sharon Stewart of Phoenix and Tina Eusepi of Fulton; six grandchildren, Falyn, Rhyan, Logan, Gilly, Rikki and Logan; several nieces and nephews and by her dog, Dipper. Calling hours will be held from 5 to 7 p.m., Thursday, January 28, 2021 at Brown Funeral Home, 21 Flood Drive in Fulton. Funeral services are private, burial will be in the spring at St. Mary’s Cemetery in Fulton. In lieu of flowers, contributions in Brenda’s memory may be made to Friends of Oswego County Hospice, P.O. Box 102, Oswego, NY 13126. To leave a message of sympathy for Brenda’s family, please visit www.brownfuneralhomefulton.com