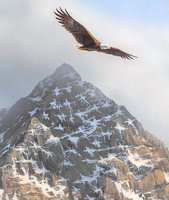 Gordon C. “Gordie” Smith, 76, of Fulton, passed away Saturday, November 28, 2020 at the Syracuse V.A. Medical Center. He was born May 11, 1944 in Portland, Maine to Gerfin and Marian Smith. Gordon was drafted into the U.S. Army and proudly served his country in the Vietnam War. He was a member of the International Union of Painters & Allied Trades Local 38, Oswego for over 20 years. Gordon was a member of the B.P.O.E. Lodge #830, Fulton and the Polish Home, in his free time he enjoyed playing golf and in his younger years was known as an exceptional baseball and softball player. He is survived by his wife, Roberta Farfaglia Smith; his sons, Gregory (James) Smith of Phoenix, Arizona and Michael (Chad) Smith of Dudley, Massachusetts; his siblings, Gregory (Karin) Smith of Albuquerque, New Mexico, Chad (Beverly) Smith of Murray, Kentucky, Judith Smith of Downsville, New York, Dana (Steve) Ricci of North Haven, Connecticut and Patricia Hogan of Kings Mountain, North Carolina; five grandchildren; one great granddaughter as well as several nieces and nephews. In addition to his parents, Gordon was predeceased by his brother, Philip Smith. Due to the current Covid 19 conditions, memorial services will be held at a later date. Contributions in Gordon’s memory may be made to St. Jude Children’s Research Hospital at stjude.org. To leave a message of sympathy for the Smith family, please visit www.brownfuneralhomefulton.com