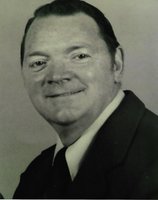 William “Bill” Jay, 92, of Fulton, went home to be with the Lord on Friday, October 30, 2020 surrounded by his loving family. Bill was born August 14, 1928 in Fulton to Gerald and Alice Hare Jay. He was a graduate of Fulton High School and shortly after enlisted in the U.S. Navy. Upon his honorable discharge for the Navy he enlisted in the U.S. Marine Corps. Bill was an entrepreneur and owned several businesses including Jay’s Dry Cleaners, Jay’s Grocery Store (two locations), he operated an Archway Cookie Franchise and managed Residential Rental Properties. Bill was employed by the Container Corporation of America, Rogers Dairy, Dairylea, Bob’s Exxon Service Station, Lacross Service Station and retired from Morrill Press/Sunoco after 35 years of service as a truck driver. Bill was a member of the Fulton Alliance Church for 23 years and was a member of their golf league. He was a lifetime fan of Oswego Speedway, and he enjoyed supporting community functions and church dinners. Bill was always available to help his family and would provide them with Christmas trees and would often mow their family’s lawns and sometimes for people he didn’t even know. He loved to listen to all kinds of music and sing and dance with his family and friends. Bill was affectionately known as a father to all children and grandchildren, a friend to cherish by all who knew him, a helping hand to anyone in need, a selfless person to anyone that required help and a patriarch to the Lord by example. Bill is survived by his children, Susan (Mark) Parla, William (Cindy) Jay, Mary Austic, Patricia (James) Strough and Michael (Jill) Jay; his sisters, Mary Jane Zolotorrow and Dawn Kazimer; 11 grandchildren; 25 great grandchildren as well as several nieces and nephews. In addition to his parents, he was predeceased by his wife, Catherine in 1997; his sister, Janice Denny and by his brother, John Jay. There are no calling hours, private funeral services will be held at the Fulton Alliance Church. Contributions in Bill’s memory may be made to the Fulton Alliance Church, 1044 State Route 48, Fulton, NY 13069. To leave a message of sympathy for the Jay family, please visit www.brownfuneralhomefulton.com