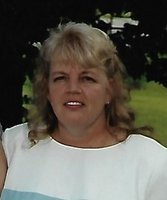 Nancy L. Shaw Watts, 71, of Fulton, passed away Friday, July 17, 2020 at Morningstar Care Center in Oswego. She was born June 21, 1949 in Fulton to Percy John and Helen Munger Shaw. Nancy was a graduate of G. Ray Bodley High School, Class of 1968. She resided in Fulton for most of her life and had been a resident of New Iberia, Louisiana while married to Michael Watts. Nancy was a homemaker and had been employed as a cashier at K Mart in Fulton for 10 years until her retirement in 2014. She was a collector of knick-knacks and cat items; Nancy’s greatest joy in life was spending time with her family, especially her grandchildren. She is survived by her son, Nathan (Amy) Shaw of Fulton; her daughter, Sherry Watts of Oswego; three grandchildren, Tyler, Emma and Cali Shaw; her siblings, Elden (Genvra) Shaw of Fine, NY, Sandra (Guy) Yerdon of Fulton, Percy (Darlene) Shaw of Jackson, TN and John (Cindy) Shaw of Oswego as well as several nieces and nephews. In addition to her parents, Nancy was predeceased by her husband, Michael Watts. Calling hours will be held from 4 to 6 p.m., Friday, July 24, 2020 at Brown Funeral Home, 21 Flood Drive in Fulton. Funeral services will be private with burial in Chase Cemetery, Lysander. Contributions in Nancy’s memory may be made to the American Cancer Society at donate3.cancer.org. To leave a message of sympathy for the Shaw family, please visit www.brownfuneralhomefulton.com