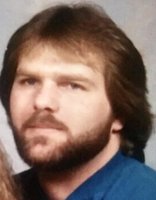 Richard D. Deyo, 58, of Las Vegas, Nevada, formerly of Fulton died Thursday, June 11, 2020. He was born in Fulton to Gerald and Patricia Smith Deyo and had been employed as a machinist for Goguen Industries in Liverpool. Richard was a truck driver for several local companies. He is survived by his children, Jason Leavitt, Joshua Deyo, Narissa Wikowski, and Rayvin Castor; his brother, Dennis (Nichole) Deyo and Eric Deyo; his former wife, Michelle Deyo; several grandchildren, nieces, nephews and cousins. There are no calling hours or services at this time. Condolences for the family may be left at www.brownfuneralhomefulton.com