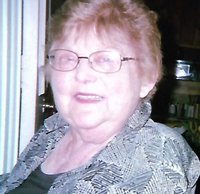 Dorothy L. Doney, 77, of Fulton, passed away Sunday, March 8, 2020 at Seneca Hill Manor. Dorothy was born May 26, 1942 in Fulton, to Paul and Kay Sermeta. Dorothy had an extensive employment history which included several years at General Electric and Owens-Illinois. She was also well known in the community for her time spent waitressing at the Seneca, Lock and Lakeview Lanes restaurants along with housekeeping duties for several families in the area. Dorothy was also a home care health aide for Oswego Hospital for six years. Moreover, she was most proud of the bed and breakfast she owned and operated for over 29 years “Doney’s Bed and Breakfast” which gave her the opportunity to meet travelers from around the world. Dorothy’s love for her family was expressed through her preparing meals which included tasty desserts. Holidays were an important part of Dorothy’s life as she enjoyed decorating her home for family gatherings. She is survived by her three children, Michelle Zurbruegg of Fulton, Michael (Renee) Doney of Fulton and Darlene (Doug) McDougall; five grandchildren, Crystal Perry, Kali Bartlett, Deena McDougall, Mikey Doney and Walker Doney; four great granddaughters, Taylor, Flynn, Natalie and Gabriella. A calling hour will be held from 5 to 6 p.m., Monday, March 16, 2020 with a memorial service to follow at 6 p.m. at Brown Funeral Home, 21 Flood Drive in Fulton. Contributions may be made to the Oswego County Humane Society, 29 West Seneca St., Oswego, NY 13126 in memory of Dorothy.